So, is time to show what can be done through muscle rather than charm or finesse, da?

So here's another of the initial pre-gen characters I made for the 7th Sea one shot adventure I ran for my Friday Night Skype group.  And while I suspected it at the time, I wasn't quite prepared for how much of a beast this one particular character was going to be in a fight.

In 7th Sea, the nation of Ussura is regarded as being something of a backwater in contrast to the more forward-thinking nations of Theah.  The people in general don't mind, feeling that they've a good life, and that the harshness of the land makes a person strong in both body and spirit.  And then you've got those individuals who take that strength to a while 'nother level...

Appearance: Very much the rough-and-tumble sort, with unkempt looks that make it clear he's seen and done a whole mess of fighting.  Broad-shouldered and towering over most people, he's got a devil-may-care attitude that's revealed with his fierce grin.

Background: Mikhail's a child of the streets, having grown up big and strong in spite (or maybe even because) of the rough environs he often found himself in.  He was never much for any work that didn't involve his great strength, but quickly proved to be quite the scrapper, often taking down groups of men with frightening speed, and even laying low single sturdier men with a single well-placed punch; there's been many a time that Mikhail's been the only man left standing after a bar-clearing brawl.

Notes: Okay, so Mikhail was initially intended to be your somewhat typical "crazy Irish brawler" type when I first started putting the character together.  But when it came to figuring out the bonus to his traits, I realized that being Inish only gave a bonus to Wits or Panach, two traits that really felt at odds with how I'd pictured this character.  My other options were Eisen (German) or Ussuran (Russian).  Given the player in question tends towards the quiet type (sorry Doran), I opted to go with the "husky Russkie," which in turn lead me to draw further inspiration from one of my favorite movies, The Princess Bride in the form of Fezzik, the likeable giant played by the legendary Andre the Giant.

And yes, Mikhail is freaking brutal in a fight, thanks to his fearsome Brawn and collection of Advantages.  But while he might not be that great a threat to a Villain, he's a freaking nightmare to Brute Squads, being able to decimate them in short order and even shrug off a portion of any damage the survivors might send his way.
Posted by Jonathan Stevens at 1:00 PM 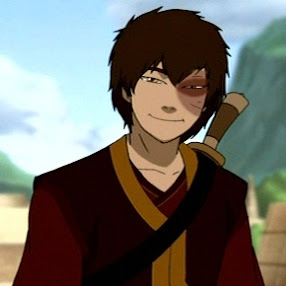